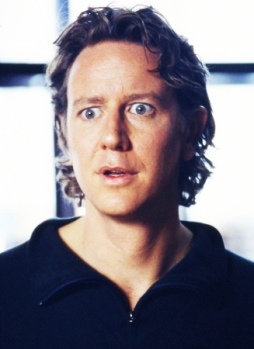 So yesterday evening, my roommates and I were sitting around the house, scrolling the ol’ Facebooks when my roomie, R, says, “Holy shit, Elizabeth got into a car accident??” and stomach fucking DROPPED TO MY FEET. For 3 seconds, til I realized that if it was on Facebook, shit couldn’t be THAT serious. BUT STILL.  There she was, posting a goddamn selfie in a fucking stretcher and neck brace. For chrissakes.

Elizabeth and I have been besties since (well, technically) 8th grade when we were stuck in the same homeroom for the second year in a row. We are complete idiots who, when put in the same room, will entertain each other for hours. (We THINK we are entertaining those around us, and maybe sometimes we are. Mostly I think people think we’re just morons. It should also be noted that we do not give a shit.) One of our (many, many) plans for when we win the lottery is to start our own TV network just filled with us doing shows – talk shows, telenovelas, sports commentary. (Another plan is for her to get a bear suit, and me to get a chicken suit and we just, like, hang out in said suits and that is how everyone will know we’ve won the lottery.)

ANYWAY. We’re old now, and though we live in the same city, we don’t get to see each other as much as we’d like what with things like children and general exhaustion and imminent bear attacks (Elizabeth would be thrilled to get mauled by a bear – death by hugs!!). But we try to text each other several times a week, often with inside jokes that will send one or the other into a fit of hysterics. Just yesterday morning, in fact, she had texted me about her migraine and her period. I helpfully instructed her to “batten down the hatches.” (I would also like to say that I am in her phone as Danny Glover, and she is in mine as Judge Reinhold. Stop asking questions right now.)

Basically, this post is me telling YOU, dear reader, to just fucking stay in touch with people you love. I know I’m not the best at it, as many people I know will attest. But AT LEAST I FUCKING TRY. You don’t even have to call them. (I hate talking on the phone.) Shoot a text. Put something ridiculous on their Facebook wall (timeline? Whatever the fuck it is now.) Send them an anonymous note using cut-out letters from a magazine saying you admire them from afar and let the hilarity ensue while they contact the authorities (maybe not that one, no…) You don’t know what’s going to happen or when so you may as well quit being a dickbag and stay in touch with the people who make you cry with laughing.