I hate a lot of things. Like. A lot. Mayonnaise, Michael McDonald, abortion protests, peep toe booties, the months of July and August, pets, dirty dishes, Pretty Woman, overbearing parents. (An abbreviated list for sure.) But in that “overbearing parents” category is the “mama bear.” And to the mama bear, I say, “Ugh, shut the fuck up.” 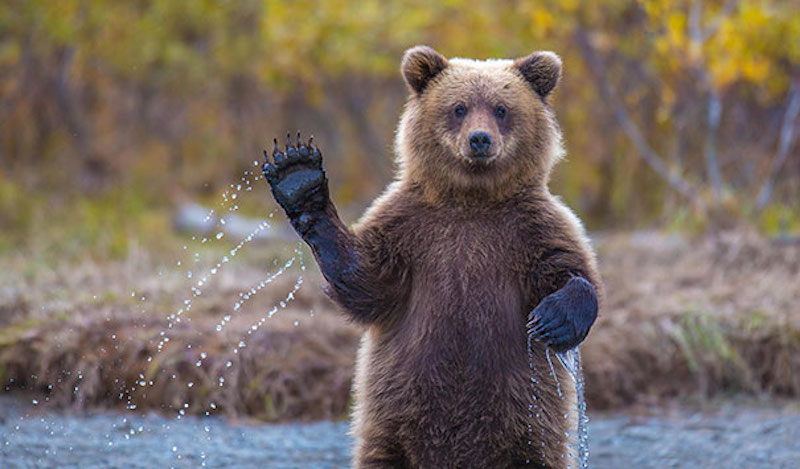 This past weekend, my son had his make up birthday celebration because the one on his actual birthday was #blessed with about two feet of pure, uncut, Central Virginia snow. Now, I learned my lesson last year when I allowed 3 children who were not mine to spend the night. The house is too small, my patience too short. My son chose ONE CHILD to spend the night. The child was stoked. His parents were stoked! Everyone was feeling all right. Then at 7:30 that night, the child announced he was “bored” and wanted to go home.

Um. My kid has been looking forward to this for ages. This is his “best friend.” They were HAVING FUN. I heard it. WITH MY EARS. WTF. Jeez. Kids.

So I had the kid call his mom, and his dad came an hour later and picked him up, saying this was not the first time this has happened. And, to paraphrase Beyonce, like a ghost, he was gone.

My child was devastated, to say the least. He was in tears, wondering what he had done wrong, saying he had tried everything this kid had wanted to do, and nothing had worked. I felt BAD for him, which doesn’t happen often because I am a soulless monster. But my first instinct was to comfort him, and tell him that none of it was his fault. My boyfriend and I both reassured him that he had done nothing wrong, and he had, actually, handled it in the best way possible. However, we also took the time to explain to him that sometimes, a lot of times, life works out that way. You expect this thing you’re looking forward to to be the best time ever, and something shitty happens, and it winds up actually sucking.

Did I want that happen on his do-over birthday? No, of course not. I’m not THAT much of a soulless monster. But did I have the instinct to teach the other kid a “lesson” because HE HURT MAH BABY? No, because I am a fucking adult who trusts that my 9-year-old son has the capacity to work out problems he has with his friends without the interference of his mother.

The term “mama bear” sets my fucking teeth on edge, like the word “hubby” or “moist.” (Puke.) It implies that you, as your child’s mother, will take care of any and all problems that your child encounters, or, perhaps, creates. Low grade? Better mama-bear that teacher and let her know your child is the special brilliant flower who doesn’t deserve less than an A! Mean kid at school? Better get all mama-bear on her and her parents and let her know that your child doesn’t HAVE to solve her own problems because ol’ MB is there to PROTECT FOREVER. Going on a date? NOT AFTER YOU HAVE PASSED A RIGOROUS SET OF PHYSICAL AND MENTAL CHALLENGES AND IF YOU FAIL, I HAVE A SHOTGUN. Your child doesn’t have to worry about a thing because you love him or her SO MUCH you will never let anything happen to them! Ever! YOUR CHILD WILL LIVE IN A BUBBLE AND YOU WILL BRAVELY FIGHT BATTLES AGAINST THIRD GRADERS. Congratulations.

A couple of things. One, obviously, as a parent, if there is a threat of actual, physical harm to your child, or your child is becoming depressed or withdrawn, that would be a great time to step in and do your best to stop whatever situation is happening. Two, we all know this instinct is born from a good place. But the road to hell and all that.**

I think a lot of parents forget that it’s just our job to guide. Yes, we have the responsibility to, you know, make sure our kids don’t die or eat candy for breakfast or play in the snow without a goddamn coat (seriously, why do kids hate coats so much?) It is not our responsibility to resolve all of our kids’ problems, especially in regards to other kids. My son learned a very important lesson, one from which he should not be protected, and that lesson is that sometimes our friends let us down. Big time. It’s a shitty lesson, but I’d rather him learn now than in a few years. What was I going to do, anyway? Tell his friend, “No, you can’t leave. My son has been looking forward to this for weeks and you’ll stay here NO MATTER WHAT because you’ll HURT HIS FEELINGS.” Sorry everyone, and as much as it sucks to see your kid hurt or disappointed, that’s fucking LIFE. Try as you might, you can’t stop people from hurting your child’s feelings.

You know what you can do, though? Reassure your child that he or she is not at fault, that they handled the situation as best they could, and sometimes (a lot of times) people will disappoint them. It might also be worth mentioning that they’ll live through this (and maybe now it’s not the time to tell them that they will actually live through much, much worse as the years pass), and while their feelings of despair are valid for the moment, it’s just not fucking worth their time or energy to wallow in them.

If you watch David Attenborough documentaries on Netflix as much as I do, you’d know that while mama bears are fierce protectors of their children, they are protecting them from actual, physical harm. Like getting eaten by another bear or being whisked away by a fast moving river. Mama bears actually care very little about feelings being hurt because there’s no time for that bullshit when you’ve gotta catch salmon before the season is over. (And also because they are FUCKING BEARS.) When people are mama bears, they wind up like Gemma from Sons of Anarchy or Sarah Palin or Cersei Lannister from Game of Thrones or that mom of the Affluenza Teen. You probably just sound like a crazy person who would threaten to shoot any person who came a-courtin’ your child.

It’s natural to want to protect your child, but kids are mean. People are mean. You can’t stop it. But you can certainly try to make sure YOUR kid isn’t mean, and when other kids are mean to your kids? You tell them to do like Jay Z and brush that dirt off their shoulder. This is how we raise a nation of doers, not a whiny nation of babies who need their parents there to protect them from every tiny hurt and upset that may befall them. Together, we can stop the spread of Mama Bears and ensure that our children can solve problems themselves (like affordable healthcare and social security?!?!) (Wishful thinking.)

**Obviously, this does not apply to threats of physical violence or bullying to the point of making your child depressed and I feel like that should go without saying, but I know how the fucking internet works. Also, that would not be called being a Mama Bear, that would be called being a goddamn parent because THAT IS A LEGITIMATE THING FROM WHICH YOU SHOULD PROTECT YOUR CHILD. 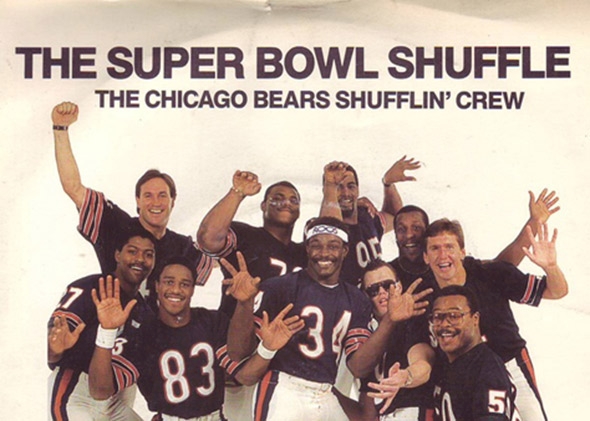