Oh hey guys. We are living in an actual nightmare dumpster fire right now. Here are some thoughts about it.

The people of America did not elect him, our bullshit electoral college system did.

Electing this man to the highest office in our nation has given credence to every boss I’ve ever had who stared at my boobs, “accidentally” touched my boobs, called me a bitch for expecting them to do their jobs. It’s given every man who harasses me every single day I leave my house feel even more like they have the right to tell me I’ve got a great rack or where they want to stick their cocks. It legitimizes every sexual assault, black eye, and attempted murder I and millions of other women have fucking LIVED THROUGH. And those women who weren’t so lucky.

I’ve read comments from straight, white men who say that this won’t be “worse than the past 8 years.” What happened in the past 8 years that I missed that was so fucking terrible? A shaky start to AFFORDABLE HEALTHCARE FOR ALL AMERICANS??? Was that it? Or the fact that the man in charge is someone you call racist epithets out loud or in your head? Maybe the job growth is what got you so upset? Was that it? It is easier to find a job now than it was in 2007? Or the fact that someone was advocating for women to be paid the same as you, dude? Who knows, they are the same people using the term “libtards” and think the gub-mint is coming for their guns.

Side note to these gun-loving “UNEDUCATED WHITE MALES” so proud of their ignorance – if you think for one second your life is going to improve, you are dead wrong. Though from what I gather, it will probably be okay to just slap ladies on the ass whenever you want to again.

Good for you if you’re not scared because the result of this election does not affect you. The rest of the nation isn’t so lucky. I know it’s hard to understand that women and minorities are also people who have the same rights as you (I mean, in theory, but clearly in practice that is not the case!) Are you scared because you think we (“we”) are going to start treating you the way you’ve been treating us for…all of history? Really, all we want is to be treated like people. The way  you are. Every fucking day.

My son is terrified right now because he has heard the things that man has said about his friends of different races, and about the person who has been raising him. He asked me if I would still be allowed to work because I am a woman.

Instead, we have an orange lump of Dorito vomit with a fucking anus for a mouth who, like most men in our country, apparently, hates women and hates minorities. This isn’t just politics as usual. Look what you’ve done. All because you were scared to have a woman in charge.

If you voted for Trump, I do not trust you. If you excuse him, I don’t trust you. And I know exactly what you think of me.

I wanted to end this on a positive note, but I can’t. We are fucked. I am nauseated. Ya’ll have fun with all his campaign promises. With his racism, his misogyny, his blatant and proud ignorance. America, I am disgusted and we should all be ashamed. 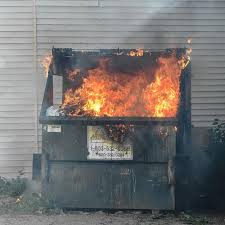