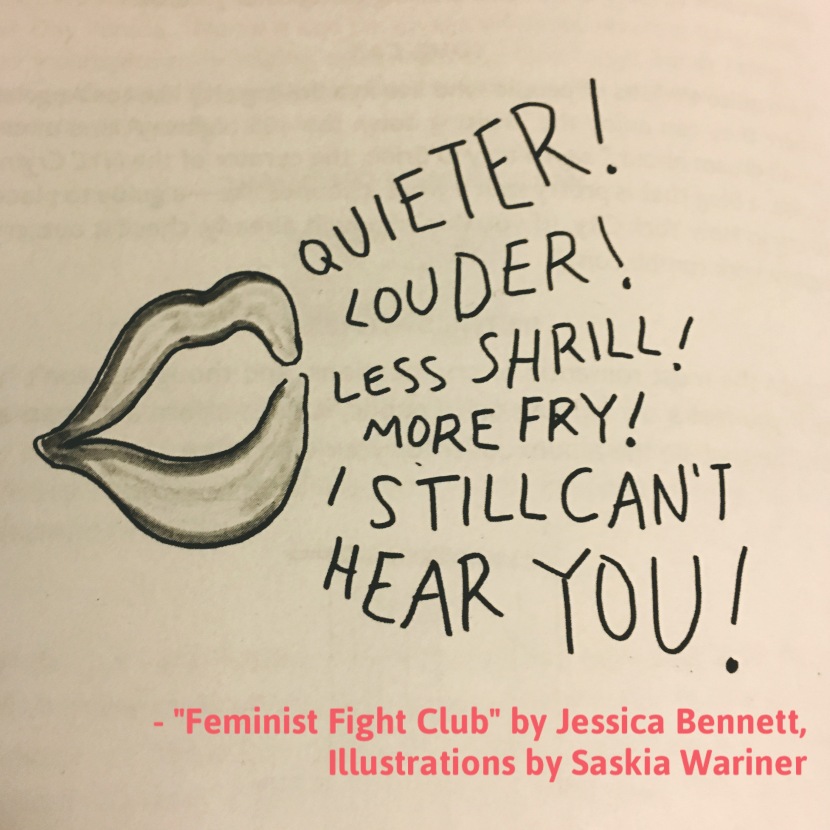 I’ve also blown up my Amazon credit card with feminist/social justice books, both as a #treatyoself and to further the fight.

I think we’ve been pretty open about our feelings on this election. I spent Wednesday crying and eating my feelings. I wallowed for twenty-four hours and have been trying to process since. As a bisexual Hispanic woman and the mother of two autistic children who rely on social services – and as a person who decided in her mid-thirties to take on a bunch of debt to become a social worker – this result terrified me. I’ve never felt so uncertain about my future, and so frustrated by how to fix the world.

I’m well informed. I read widely and diversely. I am an armchair activist, flinging wokeness into the social media void! I have too much anxiety to deal with crowds and protests and lots of stranger interaction, so I do what I can from my home. I teach my children as much as I can, talk to my guy, my family, my coworkers, my friends. I pride myself on my progressivism. I voted for Hillary and encouraged everyone I know to do so as well.

None of that changes anything. We have a President-Elect who scares me. My privileged life, in the sense that I look white and straight and have been sheltered in a liberal echo chamber of awareness, has been shaken. My faith in humanity and the progress we’ve made as a country faltered on Tuesday, and that makes  me so very sad.

There have been plenty of think-pieces about the white liberal reaction to the election. About the anger and confusion we have at white women in particular. About the ways we can be stronger allies. About how this was inevitable and we were all willfully blind to the continuing issues half the country has with people of color, women, the LGBTQ+ community and any threat to the fragile white male ego.

Instead of saying what can I do to change them, I’m asking myself what can I do to change me. Have I tried my hardest? I don’t volunteer enough and I may use my anxiety as a crutch, so I need to work on that. But what can I do now? And as I stood outside, smoking a cigarette, checking my phone and seeing the lists of organizations to support while wishing I had more money to donate, I had an “OH DUH” moment.

I’m going to donate at least half of the money I would spend on cigarettes to these organizations.

I am going to use this as an opportunity to better my life and my world.

This is going to be really fucking difficult. I started smoking when I was 13 and I’m over a pack a day. I actively hate it at this point but have made excuse after excuse to quit. I am doing this publicly as possible so I can hold myself accountable. I’m putting a picture of Hillary as my wallpaper and using her as inspiration to do the difficult thing so I can make a difference. #stillwithher