In my line of work, I get a ton of desperate calls from people who have broken dishwashers or, gasp, ice makers in their pool houses that have stopped working and there is a lot of huffing and puffing because now they have to use the OTHER ice maker in their MAIN house and can you even imagine suffering such an indignity? Surely, you cannot. [puts hand over eyes and faints]

But I have never, until today, received a desperate phone call for a very simple, very minor,  cosmetic issue from someone who wasn’t selling a house. (People selling houses are ABSOLUTELY BATSHIT INSANE over minor appliance issues.) The woman had left a voicemail describing a minor cosmetic issue, but requesting a full-on, major, expensive repair. She sounded kind of desperate, but I’ve had people get angry with me that we would have to wait a few days to repair their pool house ice makers, so I didn’t think much of it. Within 20 minutes, while I was on the phone with other customers, she called back twice. I was definitely annoyed at this point because her appliance was FINE, just had a SMALL DENT GIMME A MINUTE LADY. END_OF_DOCUMENT_TOKEN_TO_BE_REPLACED

Today’s guest post is from my friend Devon Brookshire: “a small business owner as an Independent Sales Director with Mary Kay, and I was a victim of Domestic Violence for 10 years. So I created ‘Adopt a Mom’ to give a token of love to the women who are facing perhaps the hardest Holiday Season of their lives so far.” (As someone who has stayed in a place like Bethany House and experienced a Christmas right after leaving a domestic violence situation, I can tell you that gifts like this do help! -Maureen)

So I’m attempting to surprise someone. She has had to go into “protective care” because she finally realized that if she didn’t leave, her husband was literally going to be the death of her. This woman is so courageous, and I don’t think she knows that there is anyone who truly understands and cares right now. She’s going to be there for Christmas. They have this awesome program so that her two, small children will have gifts “from her”, but she won’t have anything from a soul to tell her that someone cares for her.

…Will you be that someone? 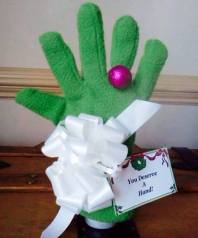 END_OF_DOCUMENT_TOKEN_TO_BE_REPLACED

Wow, it’s been a really awful week in woman news, right? Obviously there’s the case in Cleveland that has just been the worst. On top of that, the Pentagon study on sexual assault in the military seems to have finally brought some attention to an issue that’s been widely discussed in feminist circles. These two stories have dominated the news cycle; cable news has particularly been obsessed with Cleveland. Charles Ramsey has been lauded as a hero, rightly so, and Castro is becoming the embodiment of evil, which seems pretty accurate to me. Hearing and reading about Cleveland and the Pentagon nearly non-stop all week highlights some of the major problems in our country when it comes to domestic and sexual violence against women – it’s pervasive to the point of commonness and we only care when it’s particularly gruesome.

When the Cleveland story broke, after the initial “Ho. Ly. Crap.” reaction, I felt an air of familiarity. The kidnapped, kept in captivity, sex slave/torture victim is a pretty common story line. I know I’ve read books by authors such as James Patterson and John Sanford, I’ve seen it on shows like Criminal Minds and Law & Order: SVU. We’ve seen it in real life as well – Elizabeth Smart, Jaycee Dugard; the more you think about it, the more you realize it’s everywhere. I’m not pointing this out to reduce the experiences of the women in Cleveland. I am saying these types of things happen, get sensationalized by the news media, get retold by our entertainment media over and over until it is a part of our culture. Abduction, rape and torture – our fascination teeters on, and often falls over, the line of decency.
END_OF_DOCUMENT_TOKEN_TO_BE_REPLACED